Clarke Reynolds lost the sight in one of his eyes at the age of four, but he has never looked upon it as a disability and continued his life like any other person.

It was not until a few years ago he began to notice shadows in the other eye, at the time Clarke was working as a dentist model maker and he thought it was down to being too tired, but he went and had his eye checked out and was swiftly sent to Moorfields Eye Hospital in London, sadly Clarke was told that there was nothing that could be done for him and he was going to end up being blind which is not what he wanted to hear at the age of thirty four.

Even though Clarke knew deep down that one day he was going to be told this news, he was still a little shocked, as he was not expecting the news of his sight loss until he was at least into his fifties, Clarke sight decreases at the rate of every six weeks  where the feeling he gets are of dizzy spells and the room caving in on him.

Clarke can see colours and shapes, but the best way for him to describe his sight loss is simply when go go swimming under water and open your eyes, that is what his vision is like.

Art for Clarke is like a gift, at an early age he wanted to be a cartoonist and drawing maps as he has always been interested it that sort of thing, Clarke went onto college and ended up getting a diploma in art and a degree in model making.

At 36 and going blind the future for Clarke is to continue with his art by doing Three D paintings using wooden dowels and doing them all together, Clarke would love to get a commission job for his art work from a big company, To complete an average piece of art with 9.000 holes takes approximately 400 to 500 hours which is around 3 months.

To complete an average piece of art with 9.000 holes takes approximately 400 to 500 hours which is around 3 months, Clarke is living the dream but it is stressful at the moment because he is classed as homeless  which is not easy for him and his partner because they have a disabled daughter, and they are all living with his Mum which can be a bit crowed at times.

Clarke said with all the stress with his sight loss and homelessness  he would not be here today if it was not for his art, and he is trying to get a studio instead of taking up his Mum’s kitchen space, but funds are very limited.

Clarke is part of Aspex Gallery which is a charity based at Gunwharf Quays Portsmouth helping to try and get other visually impaired  people into art, that is where his heart lies at the moment, with the help of the English Arts Council, Clarke wants to set up art workshops. 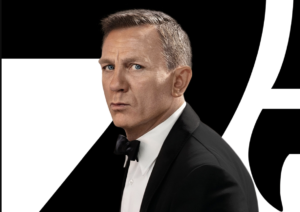