After far too long, live music has finally returned to the Southsea seafront. After 3 lockdowns and a whole lot of heartache, the Victorious Festival has come at the right time to bring some much needed joy to the great waterfront city. Even though Friday night headliners Madness got the crowds dancing, a fair few were spotted departing the Southsea Common stage by frontman ‘Suggs’, prompting the headliner to make a few passing comments. Nevertheless, the atmosphere was electric and it was certainly clear to see how much the audience were enjoying the night.

Saturday saw the opening of additional stages, including a few smaller venues which allowed local artists to perform. As usual, the festival catered for people of every age and ability. Local visually impaired artist, Clarke Reynolds, organised a braille trail around the festival with Issie Treacher from Seekers Create. The initiative proved very popular and the activity is planned to return again next year.

Excitement to see Rag’n’Bone Man loomed large, and he did not disappoint. My first ever exposure to the last act ‘The Streets’, was rather entertaining, and the crowds of body surfing spectators reminded me of my own aching body, after a full day of photographing the event. The most painful part about Saturday’s show however was the length of time it took to get out of the car park. After several years of the same logistical struggles to exit the event, it took over an hour to move outside of the festival grounds.

All in all, Victorious Festival was a success, and a very welcome return of live music to Southsea. One major criticism however, would be the cost of refreshments. A small can of beer was on offer at £5.50 and a portion of sausage and chips would set you back £11.00. Whilst it’s understandable that a festival audience is a captive one, and therefore a higher price should be expected, combining some of the festival prices with the ban on external food and drink, can be described as a bit of a rip-off.

On a whole, the Victorious Festival brought the city joy and hope and a year and a half riddled with uncertainty and heartache. The organisers have to be applauded for their coordination of the Covid vaccine offering throughout the weekend, allowing festival-goers to get their jabs whilst enjoying what seems like the beginning of the end of a locked-down, entertainment starved Britain.

To browse a full gallery of official Below 2020 Media photos from the event, please click here. 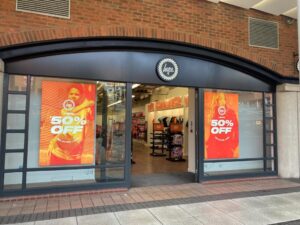 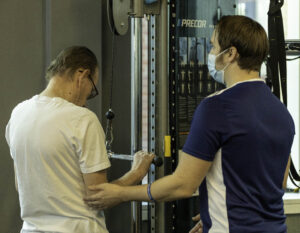